The ‘Spirit’ of Barnaby

The ‘Spirit of Barnaby’ award was introduced in 2016  to recognise a special contribution to the festival’s success.
The award celebrates an individual or group who have taken creative risks and been ambitious for both the festival and the town during the festival year.
2016 Festival Director Karl Wallace explains “This isn’t about singling people out – we know so much of the community contributes to the festival – but it offers an opportunity to celebrate an outstanding contribution and thank those who imbue the very spirit of Barnaby”.
In 2016 the award was nominated by the Barnaby Festival team.
The recipient of the 2016 ‘Spirit’ Award is Diane Smith Town Centres Manager, Cheshire East Council for her outstanding contribution to all six festivals since 2010 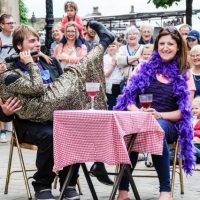 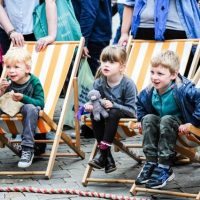